Once Upon a Time, Many Thanksgivings Ago …

As Huffington Post readers will attest, all Thanksgivings aren’t successful. HuffPost asked readers for their Thanksgiving disasters, and, while this Thanksgiving is still to come, many responded with stories from previous celebrations.
There are photos of ghastly Thanksgiving sweaters and Thanksgiving in-law horror stories. But there were also moving stories. One was a Vietnam immigrant’s reminiscences of his first U.S. Thanksgiving.
“That Thanksgiving, my family gathered on the floor and ate two gigantic turkeys donated by religious charities,” wrote Andrew Lam, now a well-known author.
“Thanksgiving at my brother's home this year will be replete with wines … and yes, turkey, and fabulous Vietnamese dishes. But the Thanksgiving I remember with fond memories is the first one, where we ate on the floor and wore donated clothes …”
Lam’s experiences echo those of the The Mayflower contingent who celebrated their first Thanksgiving in 1621, and theirs, like Lam’s, was thanks to the generosity of strangers.
In a CBS video, popular historian Kenneth C. Davis, described how the settlers met a native tribesman who spoke perfect English. Squanto had been a slave to earlier arrivals: European sailors, who were attracted by the bounteous cod stock.
Squanto taught the new arrivals to fish, and it was bounty from the sea and wild Turkey that graced the first Thanksgiving table.
This Thanksgiving they’ll celebrate the holiday as they did in 1621 – with gratitude.

True or False: The Truth Is What You Want It to Be

Fake documentaries, curated content, and people who get all their news from social media. Is there such a thing as a “truth” today or does one person’s truth differ from another’s?
Many believe truth is a victim of the Internet, particularly social media. Says a recent article in The Guardian: “In the digital age, it is easier than ever to publish false information, which is quickly shared and taken to be true.”
And there are other truth-related concerns: Take, for example, the explosion of curated content made possible by social media, and defined in Macmillan Dictionary as the process of “select(ing) items from among a large number of possibilities for other people to consume and enjoy.” An example used in the dictionary: “Recapp wants to make it more convenient to read sports news curated around your favorite sports and teams.”
In fact, curated content comes with a bias. As Econtentmag.com suggests: “Content curation is now becoming a marketing staple for many companies.” So your daily news is mainly designed to sell you something, and that may affect the truth of the content.
And what of fake documentaries? Once praised for their accurate depiction of actual events—no fictional elements included—today’s documentaries “push the definition…and signal the rise of creative non-fiction in the genre,” according to CP reporter Victoria Ahearn.
Whether it’s on film or your Facebook page, social media gives us all the opportunity to create our own truth. Is that good? Bad? Or does it matter? It’s our truth. Only we can decide.

This month, some famous quotes on the topic of truth:

Learn what is true in order to do what is right.

Truth is stranger than fiction, but it is because fiction is obliged to stick to possibilities. Truth isn’t.

If you would be a real seeker after truth, it is necessary that at least once in your life you doubt, as far as possible, all things.

Anyone who doesn’t take truth seriously in small matters cannot be trusted in large ones either.

All truths are easy to understand once they are discovered; the point is to discover them.

Preheat oven to 375°. Using a whisk, combine flour, baking soda, and salt in a small bowl. In a larger bowl, beat the softened butter and the peanut butter until smooth (use a hand mixer). Add both sugars and beat until the mixture is fluffy. Beat in the egg, then the milk and vanilla, and mix until well combined. Gradually add the flour mixture, beating at a low speed until the dough is just combined.

Line two cookie sheets with parchment paper. Form the dough into balls, then roll each in white sugar before placing them on the cookie sheets.

Bake for eight to 10 minutes, until the cookies have puffed up. Remove them from the oven and quickly top each cookie with an unwrapped Hershey's Kiss.

What insect migrates to a warmer climate 2,500 miles away each winter?

First 10 responders will be entered into drawing for 3 Starbuck's gift cards.

Thanksgiving Trivia to Get You Through the Holidays

Your Thanksgivings may read like a Dickens novel: “It was the best of times, it was the worst of times.” Sadly, to enjoy your much-anticipated turkey dinner, you actually have to chat to relatives you see only once a year. If you can’t think of anything to say to these relative strangers, or if you’re already dreading playing 20 Questions about your personal life, you could take the age-old approach of making polite small talk.
Or you can start a new tradition. This year, instead of fielding questions such as, “Who are you dating this year?” or “How much money are you making?” why not play Thanksgiving trivia?
For example: Did you know that, as noted in a National Geographic article by Brian Handwerk, turkey doesn’t actually make you sleepy? The real culprits, according to scientists, are all those extras (gravy, anyone) in the calorie-laden Thanksgiving meal. Handwerk also adds that pumpkin pie wasn’t even part of the tradition till 1654.
Then there’s this shocker: The first Thanksgiving may not even have taken place in Plymouth, MA, in 1621. There are numerous records of earlier colonial Thanksgivings, including an English one that took place in 1619, and others by groups of Spanish colonists that took place in 1541, 1565, and again in 1598.
For better or worse, you should also know that some of these early Thanksgivings actually lasted for three days. You might not be tired of turkey after three days, but you’re almost sure to be tired of relatives by then. 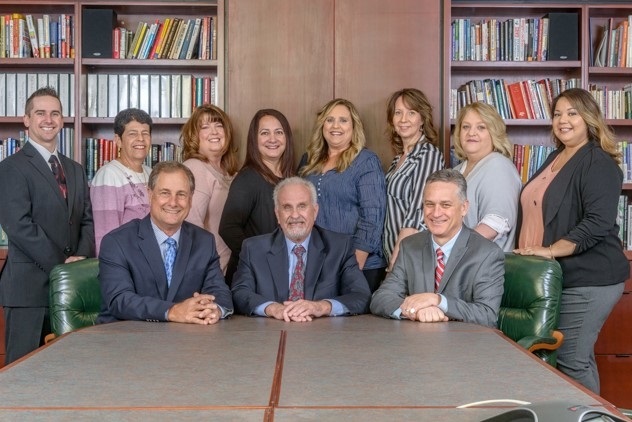 Happy Thanksgiving from All of us Here at Central Valley/Sequoia Insurance!